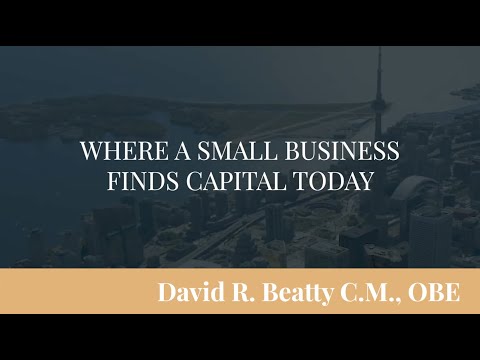 And a third perspective is that the size of these companies coming to market is over a billion dollars. So this is no longer a market for small punters wanting to invest a hundred dollars here, a thousand dollars there. This is a mega market for mega institutions investing mega bucks.

Question, where does then a small business person wishing to invest his or her money gain access to the new world of private equity companies, the new world of venture capital? You used to be able to go on the stock market and punt. I remember the Vancouver mining market, they had a mine in every town and city in the world. And you could put 15 cents in and maybe you’d lose it all. Maybe you get 10 times back, but there was an ability to invest in whatever you deem to be an appropriate risk for you and your family.

Today in publicly traded markets that is simply no longer possible. Small companies are not listing. It’s simply too expensive for them and they’re remaining in private hands. So I think there’s a real question here in terms of a larger framework of society and people able to invest, that they’re being cut off of all the innovative investments that might be available except for those huge monsters like Apple, Microsoft and Google. And they’ve done very well.

Times have changed and they’ve changed dramatically. And I think we need to start thinking about public policy with respect to small investors and small startups, so that the new world economy, which is exploding around us, is available to everybody as an investment opportunity.