In this video, Corporate Governance Expert David Beatty discusses how to get one’s concerns addressed by a board of directors, and the importance of validating those concerns before approaching the board. 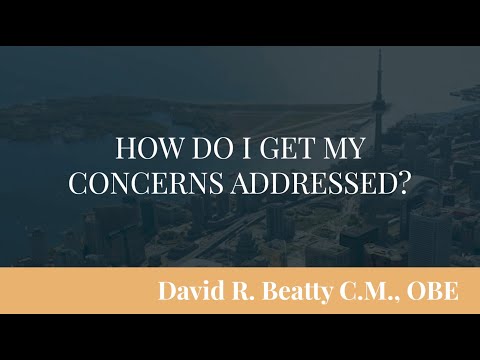 How Do I Get My Concerns Addressed?

David Beatty: I think you go and see your chair. You might well talk to a colleague to see if you’re the only person that feels that way. I mean, you don’t want to waste other people’s time. That’s the scarcest resource we have I believe. Most of us only get 24 hours a day I think, so you might check out with another colleague that you’re not totally off base, but if there’s some assurance, “Yeah, that’s a good idea, Henry.” Yeah, I’d encourage you to go speak to the chair, speak to the CEO. See if it’s appropriate in their view to get it put on the agenda. I’d try to work that informal network pretty hard.

Rarely, I, as a chair I usually go out to my director, so in the companies I’ve been chairman of and there’ve been nine publicly traded companies, they’ll always get the call from David. They won’t have to phone David to see what David thinks about a topic. I’ll be asking them, “What’s on your mind?” If there’s time for a chair or a deputy chair or a vice chair to do that, I would continuously reach out and poll. You put the people on the board in order that they might have an impact on the business, why not see how they’re feeling about it more frequently than not?

← VIDEO: How Do You Get the Right Topics On the Agenda?
ARTICLE: The Turkey “Good Corporate Governance” Program →