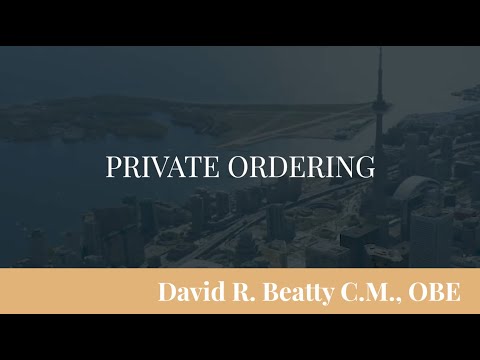 One of the difficulties of dealing with publicly traded companies and their forms is there are so many different kinds. We have dual class shares, for example. Some people like Snap have no votes attached to their shares, others have 10 votes attached to their shares. Some have sunsets, some do not. Some are widely held, some have large institutional shareholder followings.

There are as many different kinds of public companies as there are listed public companies. And this comes from a theory known as private ordering, which really says a corporation is a nexus of contracts between all kinds of consenting adults, and you build this fiction up to have relationships in a hundred different areas.

One of those areas is the relationships it’s going to have with its shareholders, and there is no right or wrong, there is simply a negotiated arrangement. So under private ordering, you would expect to see dual class shares, multi vote shares, no vote shares, sunset clauses, tag along, drag along kinds of things. The huge variability that’s existing in the stock markets is there for a reason, based in law, that a corporation is a fiction composed of a nexus of operating contracts.

So when you look at dual class shares, please stand back one or two steps and think of it not in an ideological sense that they’re wrong, because they give some people more votes per share than others, but that that has been put together in that way to serve the best interests of the corporation in the medium to long term by its architects, its designers, its engineers, its managers, and its original owners.

There’s a reason for private ordering and it’s said by one SEC commissioner, I’ll read it to you, “One of America’s greatest strengths is that we are a magnet for entrepreneurship and entrepreneurialism. Central to cultivating this strength is establishing multiple paths that entrepreneurs can take to public markets.” Adena Friedman, president of the NASDAQ stock exchange in 2017.

Take a broader perspective and you might take a different point of view as a result, on the role, purpose, and function of dual class shares in our modern economy.